Our Social Studies Sputnik Moment: A Message from the OCSS President

As President of the Ohio Council for the Social Studies it is my pleasure to welcome each of you our 63rd Annual Conference. The Ohio Council for the Social Studies is the state’s premier voice for social studies teachers in Ohio. This includes fighting for a robust, rigorous, and inclusive social studies learning experience in Ohio’s schools and communities. Your membership and attendance at this year’s conference supports our network’s critical work.

As first reported in the Atlantic in 2016, I believe we are entering our nation’s social studies “sputnik” moment. On October 4th, 1957, the Soviet Union officially became the first nation to launch an artificial satellite (named Sputnik) into low Earth orbit. In the midst of a global Cold War, a period of history that pitted two ideologically opposed nuclear-armed states against one another, the Soviets had the technological, interstellar edge. Soviet scientific superiority posed a direct threat to the democratic ideals and values the U.S. stood for. Soon afterwards, mounting criticism over the U.S. education system grew, and over 4 billion dollars of National Defense Education Act [NDEA] funding poured into advancing math, science, and engineering, in the nation’s schools. 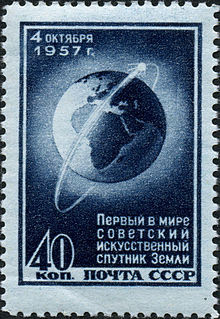 While the Cold War waned after the collapse of the Berlin Wall, a new threat has emerged working to undermine the health and vibrancy of U.S. democracy. Since the signing of No Child Left Behind [NCLB] in 2002, research clearly demonstrates deep national and state cuts in the teaching and learning of history, civics, and social studies. The CCSSO reported that 44% of districts surveyed reduced social studies instructional time since NCLB. Locally, OCSS’s higher education faculty found in a 2015 white paper that nearly 40% of state principals interviewed felt there was less curricular attention to social studies since the suspension of the 5th grade Social Studies Ohio Achievement Assessment. A 2017 report from the Education Commission of the States, shows urban schools that serve mostly low-income, students of color are often afforded fewer and lower quality social studies and civic education learning experiences due to an increased curricular focus on tested subjects.

With the decay and marginalization of social studies in our schools, research shows civic literacy levels are dismal. In a recent Annenberg survey, more than two-thirds of Americans could not name all three branches of the federal government. Only 26% of millennials say that free elections where citizens choose their leaders are important features to a democratic society (Foa & Mounk, 2016). When asked in a 2011 World Values Survey whether a democratic government is a good or bad way to run a country, about 17 percent said bad or very bad- about a quarter of 16 to 24 said bad or very bad. Today’s hyper partisanship, broken politics, poor civic discourse, and growing civic apathy have only been fueled by significant cuts to the subject in U.S. schools most predicated on advancing the nation’s civic readiness and interests, namely, the social studies. 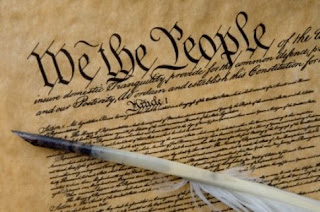 I believe we are entering a great civic education awakening, or, our nation’s social studies sputnik moment, where lawmakers and educators with clear eyes understand the value of jump starting social studies teaching and learning in classrooms and communities. Much like the NDEA which supported STEM education in 1958, today’s times demand greater state and national investments in social studies. A strong social studies prepares young people to be reflective citizens that value liberty, democracy, free and fair elections, the separation of powers, a free press, diversity, and to understand the rights and obligations afforded to them under the U.S. and Ohio constitutions.

In social studies, students gain experiences that help them recognize the true genius of a representative democracy: One where people are free to dissent, to criticize, to protest and publish, to join together and assemble in common cause, to hold their elected officials accountable, all features that exemplify democracy’s magnificent capacity for self-correction. Today’s times necessitate the passage of legislation, policies, and programs that curtail devastating cuts made to social studies education, and immediately moves to invest critical resources in the teaching and learning of social studies to better prepare young people to protect and strengthen this nation’s fragile democracy. Our nation and state’s future depends on it.

Thank you for all that you do to bring social studies to life for Ohio’s students, and always know you have a trusted partner in the Ohio Council for the Social Studies. On behalf of the OCSS Executive Board, I am wishing you a wonderful annual conference.