I have been experimenting with a few different digital technologies that teachers of the social studies can infuse in their classrooms. Here's an example of one technology (xtranormal) that allows students and teachers to create short animated videos on different topics. Users control the characters, the audio, the script, and even camera angels. Also, after publishing their video, users can use Microsoft Movie Maker to add titles, additional audio, and edit the footage. Here's an example of one video I created using these programs. In this video, Larry King Interviews Sarah Palin on the current state of social studies education in k-12 education.

Social Studies & GLBT Issues: It's Time for a Celebration 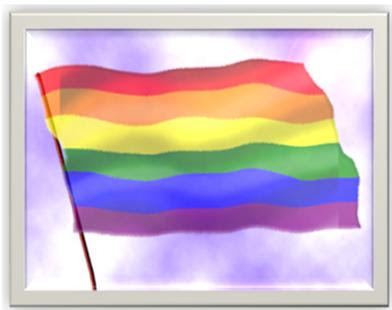 If there ever was a discipline predicated on the development of citizens that are equipped to reasonably address controversial issues it’s the social studies (NCSS, 2010). Dianna Hess at the University of Wisconsin is at the forefront of this march to help prepare social studies teachers in addressing controversial issues. One of the key features Dr. Hess discusses is the need for students to audit their biases and approach issues with an open mind.

The reason I bring this up is I yielded this advice as I attended the 2010 Columbus Gay Pride Festival. Knowing that issues like gay marriage and gay family rights are controversial in many parts of the United States, especially, here in Ohio, I sought to better inform myself of this controversy. To better understand my perceptions on this issue, I drew on my initial impressions of what this parade/festival might look like. This included images of a massive amount of angry religious protesters yielding hateful signs and ugly rhetoric. In fact, I envisioned the Stonewall Riots and clashes with police. I also imagined overt expressions of same-sex sexuality and loud dance music (mainly Cher and Madonna). This is the picture painted in my mind as a result of being socialized into this issue, mainly through the media. I can’t help but think of how many students and citizens today hold this stereotypical image in their mind. 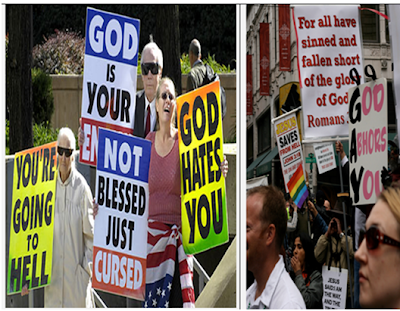 What I encountered at the Columbus Gay Pride Festival was nothing like I had imagined. With more than 200,000 people attending this celebration (yes, that’s more that the seating capacity at The Ohio State University’s Football Stadium), it was clear that this was a celebration. In fact, the theme of the festival was ‘Celebrate Our Families’. I came away from this parade with a sense of guilt and frustration that stemmed from the media distorting what these celebrations/festivals were about. What I discovered was that Gay Pride was more than music, parades, and a few protesters. It was about the GLBT community telling their neighbors, their community, and their world ‘we exist’ and we’re good, law-abiding, tax-paying individuals that for too long have been treated as second-class citizens. What was even more impressive was that a vast number of those in attendance were heterosexuals telling their fellow citizens, brothers, sisters, mothers, fathers, grandmothers, grandfathers, aunts, uncles, and grandchildren we know you ‘exist’ and we love you. 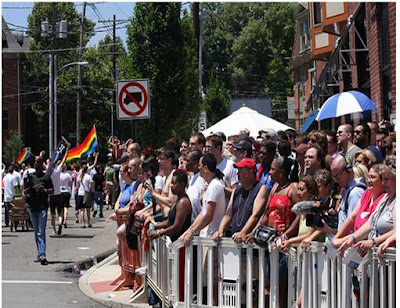 What I Learned: Who Gets to Define The Controversy?

This year’s theme, Celebrate Our Families, served as an opportunity for the GLBT community to showcase their families to the world. I define family not as one mother and one father but as something more powerful and important. I see a family as an exclusive group of people that love and care for one another during times of joy and even distress. When I think of family, I think of an underage son knowing that he’s made a mistake and had too much to drink, can’t drive, and ops to call the person he trusts the most in this world, his father. While at the Pride Festival, I saw lesbian mothers reading to their children, gay fathers playing Frisbee with their children, and moreover, I witnessed family members having fun and taking solace in their membership in a loving family unit. I think it's time for the social studies, which has been largely quiet on this issue, to embrace, accept, and foster this healthy sense of family. Attending this Pride Festival allowed me to gain a clearer image of what it means to be a family (even if the care-givers are GLBT). Upon leaving the festival, I gained a new picture of family. This picture is one of a proud grandmother holding a sign the read, “My grandson’s gay and I love him”. 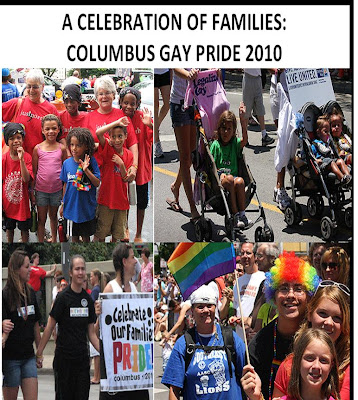 The Social Studies & Controversial GLTB Issues: Running with its Tail between its Legs

While scholars like Dr. Hess have done a wonderful job depicting the need to embed best practice in addressing controversial issues in the social studies, the field as a whole has “Run like a dog with its tail between its legs” in addressing GLTB issues. In a recent search of Social Education, the Social Studies’ most influential journal for teachers of the social studies, there was an appalling lack of attention to this vital issue. One could attest that the journal has failed in ALL areas to acknowledge the existence of Gays, Lesbians, Bisexuals, and Transgender citizens, let alone their families. Thus, the field predicated on citizenship education only facilitates the second class citizenship or marginalization of GLBT individuals. 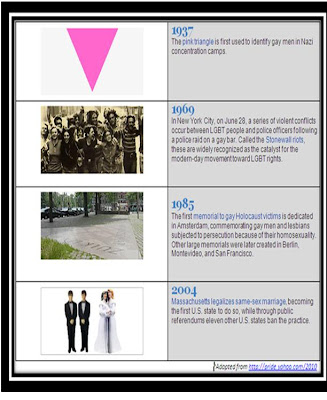 In my review of the literature in Social Education, only one manuscript published back in 2003 spoke to this issue directly. Ironically enough, this article by Stephen J. Thornton, Silence on Gays and Lesbians in Social Studies Curriculum (see Social Education 67(4) p. 226-230) described the lack of attention to GLBT history in the social studies. Furthermore, it was placed near the back of the journal. One could argue that the editors should have read Dr. Thornton’s article more closely. While scholars like Stephen Thornton and Margret Crocco (See Gender and Sexuality in the Social Studies, Handbook of Research in Social Studies Education, p. 172-196.) have spoken directly to GLBT issues in the social studies, there’s still a lack of support, vision, and research on this topic. No longer should the social studies muddle and closet GLBT citizens, their families, and their histories under the classification of ‘controversial issues’. Much like I witnessed at the Columbus Gay Pride & Festival, it’s time that the social studies begin to celebrate the contributions of GLBT citizens, their history, and their families. Especially, since today’s media tends to be more concerned with fueling the social wars to sell newspapers than accurately informing the next wave of America’s citizens. All members of the social studies community should demand greater resources to help teachers educate their students on the existence of GLTB citizens, their families and their histories. These resources should include more lesson plans, activities, research, and even a Bulletin from NCSS.

To learn more about GLBT Issues in Teaching the Social Studies, see:

At the Elementary Level:

At the Middle/ High School Level:

Teaching Tolerance (2010). Anti-Gay Discrimination in Schools. A project by the Southern Poverty Law Center. Accessed on 7-5-2010 at http://www.tolerance.org/activity/anti-gay-discrimination-schools