I want to start this post by saying something teachers don’t hear enough of, that teachers  matter.  This message of hope is clouded in the realities of standardization, high stakes assessments, program disinvestment and teacher accountability.  How do I know that teachers matter? I know because they showed me so.
Growing up my dad, mother, and three siblings lived in the upstairs of my grandma’s house on West 117th and Lorain in Cleveland. My mom was unable to work, and my dad fought everyday to keep what we had.  For middle school, I attended Cleveland’s Carl F. Shuler and later Wilbur Wright Middle School.  At both schools, I was frequently absent and really didn't "like" school.  Of course, this reflected poorly and I didn’t do well academically.  No one in my family ever graduated from college, and both my older brother and younger sister would latter drop out of school all together (even though I couldn't be prouder of them and both would latter go back for their GED).  Where I lived, I knew no one with a college degree as very few people even graduated from high school. 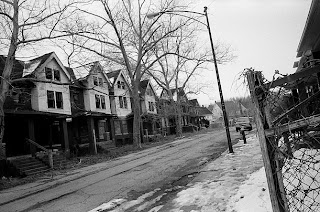 With the odds stacked against millions of youth in low-income households, again, I want to reiterate teachers matter. As a high school student at John Marshall High School, I was put on the “let’s hope and pray this kid graduates track”, as I still struggled with attendance.   Marshall required students to take at least one year of foreign language.  I remembered my older brother saying something about a “cool” tattooed French teacher he had, and I decided to take French over the alternative Spanish course.   On the first day of French class, I walked in and behold it wasn’t the “cool” teacher my brother had described.  This teacher had no tattoos and was very organized.  Mrs. Rae (the instructor) had placed name tags on the desk for every student. Mind you, there were over thirty kids in this one class. In fact, throughout the entire first day of class she actually called us by our first name.  This was quite an accomplishment as most of my classes were large (think kids sitting on tables and heating fixtures large), and you could tell that most teachers were just trying to survive on the first day.   But Mrs. Rae seemed uncannily calm, collected, and reassuring.  While it was clear the course was going to be tough, she kept reiterating how she was going to be there with us every step of the way.
In all honestly, I wasn’t a spectacular student in her class. She sat me in the front near her desk, and I frequently found myself dazing out. It was almost as if she was speaking a foreign language at times.  I remember her calling on me during one class, and trying so hard not to mess up the pronunciation of “Comment tally vous”.  But of course, I butchered the phrase and everyone laughed.  Later that night, I received one of the most surprising yet important phone calls of my life.  I remember the phone ringing and my mom saying, “Ohh really. Wow, thank you for telling me and this is good news.  Do you want to talk to Brad?”  My mom passed me the phone, and as to my surprise it was Mrs. Rae.  “Brad, I just wanted to call to let you and your mom know that you’re doing a wonderful job in class. I’ll see you tomorrow.”  My breath had been taken away and I was stunned. Why didn’t she talk about my frequent absences, her having to move my seat next to her desk, or my poor performance in class? 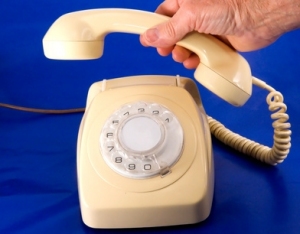 Later on in life, I would learn it was because Mrs. Rae knew I had been told my whole life what I wouldn’t or couldn’t do but she wanted to let me and my family to know what I could do.  To her, that phone call was an investment.  It was an opportunity for her to say, “hey Brad, you matter and can do anything you put your mind to”.   After that phone call I tried- I tried like hell to do better in her class. But, the subject just didn’t come easy for me and I was definitely outshined by others in the class. My attendance was a little bit better, and I found myself going the extra-mile to meet with Mrs. Rae before and after class to get help on assignments.  She knew I was struggling in class, and throughout our conversations she learned more about me, my family, and the challenges we faced.
I know that teachers matter and they can open the world to their students.  On May 19th, 1998, during the homeroom announcements, the school’s principal announced the names of school-wide award recipients.  These awards were given to the really smart kids for highest GPA, most likely to succeed, student of the year, and in other areas.  Needless to say, during this announcement I zoned out and paid little attention.  However, I’ll never forget when the school’s principal read “French student of the year, Brad Maguth”. What? No Way?  I was shocked, my friends were shocked, and yes, so was my homeroom teacher. I knew that this had to be a mistake or some sort of cruel prank.   After homeroom, I went to Mrs. Rae’s class to see what was going on.

Mrs. Rae congratulated me, and said that I was most deserving of the award. She said that I had demonstrated the most progress throughout the year, and that she was so proud of me. She also wanted me to know that the award came with a $100 reward.  She handed me a check for $100 dollars.  This check had her name, personal address, and signature on it.  I would later use this check for my university housing deposit.

I never asked Mrs. Rae why me, as I didn’t want her to say it was out of sympathy for me or my family’s struggle.  I’ve thought about this question “why me?” for a while now and it’s traveled with me throughout my entire professional career (to NYC, London, and Beijing).   I’m still unclear as to the answer, but I do know that Mrs. Rae changed my life.  Even though I wasn’t the most academically qualified or talented, she believed in me. While there were students with better grades and who performed better in class, she knew this little award could be my big break.  Thank you, Mrs. Rae for investing in me- at a time when no one, not even I, saw potential.

Despite my poor academic track record and my inconsistent classroom performance, this teacher invested her time, per patience, her money, and her sense of promise within me.  This teacher mattered, and I’ve carried and will carry that investment with me forever.