In the past few weeks, the National Center for Educational Statistics released its 2014 NAEP U.S. History, Geography, and Civics scores. According to its own website, the NAEP is the largest nationally representative and continuing assessment of what America's students know and can do in various subject areas. The NAEP tests were administered between January and March 2014 to a nationally representative sample of 29,000 8th graders at more than 1,300 schools. The results of the assessments have been coined “The Nation’s Report Card”. 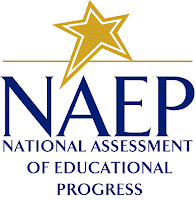 Much in-line with the scholarship on the marginalization of the social studies post-NCLB, student test scores in History, Geography, and Civics could best be described as a disappointment. Less than one-third of students scored proficient or better on any of the tests, and only 3 percent or fewer scored at the advanced level in any of the three subjects. While reviewing the released test items I found it especially troubling at the difficulty students experienced on those items dealing with the history, geography, or government outside of the U.S. While there is not a World History designated NAEP Exam, it’s interesting to evaluate how well students performed on those few test items pertaining to issues, cultures, histories, and topics outside of the U.S. homeland. Especially, since very few nationally representative data sources exist for researchers trying to better understand what today's youth know about the rest of the world, its people, and issues.

Below, I will review three of these questions I came across on the NAEP Civics Exam. Unfortunately, globally oriented items were not as common on the Geography or U.S. History exams. To review additional released test questions click here.