A Story of Inches and Opportunity in Teaching and Learning

As a teacher educator, I consistently find myself pulling from my experiences as a kid growing-up in inner-city Cleveland.  For instance, I tell my students (many of whom come from suburban/middle-class households) how obscure and abstract getting a college education was for me in high school.  Sure, I heard people on television and teachers talking about the importance of going to college but they might as well have been talking about the importance of buying a BMW.  No one on my street or in my house had ever gone to college, in fact, most people never even graduated from high school.  I knew no one outside of school with a college degree, and almost everyone I hung out with couldn't dream of punishing themselves with two yet along four more years of school after high school.  Yet, these same people (without the B.S., M.A., Ed., PhD, etc.) were some of the brightest and most passionate people I've known.  You learn by what’s closest to you, and a college education was right next to winning the lottery for me and for far too many U.S. youth. 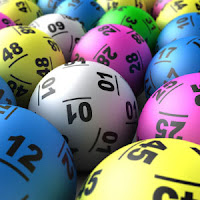 Interestingly enough, I did graduate with a college education and I have spent most of my career advocating for the importance of education. However, in retrospect, I was inches away on many different occasions from falling prey to dropping out of high school- like so many friends and family members.  I frequently tell my students a story of one of those instances when I was saved by an unlikely hero- a local university student doing his student teaching at our urban high school.  I tell my university students (who are all preparing to become teachers) this story before they head out in local schools to work with middle and high school students.  My goal in telling my university students this story is for them to understand that what they do and don’t do when placed in area schools matters.  I want my students to actively seek out opportunities, however small, to make a difference in the lives of children. Since my university students are themselves still in school, and most are in their early twenties, there’s a unique opportunity for them to build a rapport and relationship with their students. It should be noted that my university students bring with them a fresh set of eyes, helpful hands, and naive optimism that may give middle/high school students the extra-opportunities, supports, and inches they need to be successful.

My Story: An Inch Away

I was a naive freshman experiencing the first week of classes at a brand new high school.  In many regards, I was not an ideal student.  As I entered high school, I was one of those middle school students that just managed to get by in my classes.  I learned quickly in the first week of class how important it was to make friends and “fit-in”- after all, high school is one big popularity contest.  After my second period class, a few students I went to middle school with came over and asked if I wanted to skip school with them.  Not having too many friends and knowing how important it was to fit-in, I agreed.  We plotted our escape past the school’s security guards, and low and behold the next thing I knew I’m running out of the school’s backdoor and towards the parking lot.  Once outside of the school, we agreed to walk one street over to go hide behind a small convenient store.  Ironically enough, once we got back there, and all breathed a sigh of relief, a gang of teens immediately walked over and pulled a knife on us, demanding we hand over our wallets.  Fight or flight kicked-in and I immediately dashed away from the thugs and back towards my high school.

I remember I ran to the back entrance of the school that we initially dashed out of in hopes that I could sneak back-in during the shuffle between class periods. However, this wasn't possible, as a school security officer was standing right in the door way! I was done for and started to think of other places I could go (i.e. the park, hide in the basement, hang out by the football field, etc.).  I wish I had never agreed to skip class, and I truly wanted to go back inside of school, but I didn't want to get caught by the school’s security guard- which would have certainly led to a suspension and getting yelled at by my parents.  Knowing that I couldn't get back into the school, I walked a few inches away from the school’s backdoor, and then it happened.

A student teacher from a local university was entering through the back entrance of the school to complete hours for his student teaching experience.  As I walked away, this young man yelled over, “hey, kid, where are you going?”  Since he seemed cool and close to my age, I told him the predicament that I was in… that I really wanted to go back to class and that this whole thing was a mistake… I told him that I messed-up but that it was too late and now I have nowhere to go.   In a single act of courage, and in words that I’ll never forget, the young college student said, “follow me.”  He grabbed my arm, walked me passed the attentive security guard, and finally into my fifth period class.  As soon as we walked in, this name-less college student yelled over to my fifth period teacher, “he was with me.”  I ran to my seat with a whole new outlook on school.   This university student- who wanted to become a teacher- gave me a second a chance.

In the end, all of these inches add-up to yards, miles, diplomas, Phds, books, and blogs.  For all those teachers and student teachers fighting to give our youth those extra-inches and opportunities, Thank You.


…at least one unit of instruction in the study of world history and cultures from around the world other than that of the United States.


The bill now moves to the floor of the entire Ohio Senate for deliberation and a vote.  Having the whole weight of the Senate Education Standing Committee gives us great hopes in advancing this bill out of the Senate before their recess.


The Campaign needs your help now more than ever! Please, continue to contact your elected House of Representative Members- especially, those in the House Education StandingCommittee. Feel free to use the letter template provided by the Ohio Council for the Social Studies. Also, be sure to sign and share our petition (on Facebook and Twitter, and over discussions) with friends, family, and vested groups and networks.


In a few weeks, Corbin Moore (President of the Ohio Council for the Social Studies) and I will testify to the Ohio State School Board on why they should support Senate Bill 96. It’s important that we gain their support in advancing this legislation through the House and onward to the Governor’s desk.


Please, know that while we still have a way to go, today was a huge step forward for the Campaign. Your previous efforts and all of your contributions have led us to where we are today.

UPDATE: THE CAMPAIGN TO SAVE WORLD HISTORY IN OHIO’S SCHOOLS

Today, Corbin Moore (the President of the Ohio Council for the Social Studies) and I provided a proponent testimony to Senate Bill 96.  As we all know, the Ohio Legislature recently downgraded World History to an elective course.  In order to graduate from high school, Ohio’s students will only need to complete required coursework in American History and American Government. 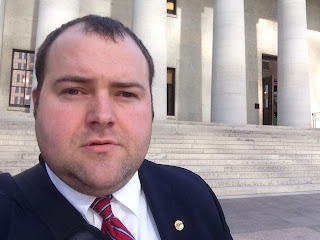 We believe that today’s global age demands all of Ohio’s students receive instruction in world history before graduating from high school.  Unlike any other generation, today’s students will be actors on a global stage.  Due to improvements in technology, communications, and transportation events in a once distant part of the world have immediate impact on our nation and state.  Significant global issues such as nuclear proliferation, international trade and investment, conflict/terrorism, and environmental degradation can only be remedied through a commitment to global understanding, communication, collaboration, and action. Today’s schools are on the frontlines in preparing citizens with requisite knowledge and skills in world history, culture, economics, and geography.  By not requiring instruction in world history, our attempt to build a world-class education system is anything but worldly. 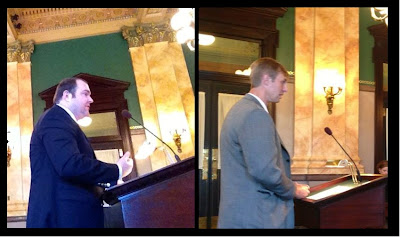 Senate Bill 96 sponsored by Senator LaRose and co-sponsored by Senators Lehner, Hite, and Cafaro is essential in putting the global back into our efforts to build a world-class education system.  After testimony today, both Corbin and I are confident that with this legislation will continue to move through the Senate’s Education Committee and pass the Senate.  However, we have some significant challenges ahead if this greatly needed bill is to become law. 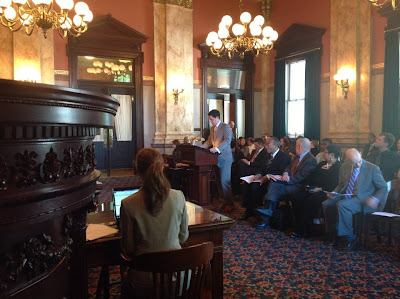 Some members of the Ohio House of Representatives and some members of the State Board of Education oppose this legislation.  Their rationale varies from one Representative noting “…it’ll be a cold day in hell before he spends one dollar of Ohio taxpayer revenue to teach about other countries, as students need to learn about U.S. values and how this country is a light on top of a hill.” Other reservations include the possibility of the legislation/Ohio Legislature overstepping its boundaries and micromanaging the curriculum of local school districts.  Such rationale fails to account for the fact that some fiscally strapped Ohio local school districts have already cut and downgraded world history to an elective course and many more will continue to do so at a time where our state and its economy can ill afford a globally ignorant and apathetic citizenry.   This argument against also fails to account for the historical precedent set by the Ohio Legislature in the past in identifying particular courses and content that must be taught (see  SB 165 which was signed into law), and the Ohio legislature’s constitutional right to ensure a high quality learning experience for all of its students

This campaign needs your help (as we’ve come so far) and we’re asking that you contact the following two parties and ask each support Senate Bill 96:

Please, feel free to use the provided letter template in your correspondences:  http://tinyurl.com/lhrnaq4.
The time to act is now, and your contacts will make all the difference in our Campaign to Save World History in Ohio’s Schools.