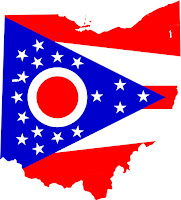 Ohioans have made great progress in the past two years pushing back against an exhaustive amount of state testing mandated by the federal government; in particular due to the passage of No Child Left Behind (2002). Research clearly demonstrates that increasing time spent on testing forces teachers and students to sacrifice precious instructional time and dramatically narrows the curriculum (Wright, 2002; Ysseldyke, Nelson, Christenson, Johnson, Dennis,  Triezenberg, &  Hawes, 2004). Among the gains made in Ohio includes the homegrown development of rigorous new learning standards that promote college and career readiness. Educators, parents, professors, and stake holders from across the state have worked hard to create strong local standards for Ohio’s youth. These local standards, adopted by our State Board of Education, serve as a blueprint for new high quality performance assessments that are administered at different intervals in schools.

Ohio’ civics standards and its accompanying assessments, through the hard work of local educators and the broader state community, are amongst the best in the nation. While this hasn’t always been the case, numerous standard and assessment revisions and updates have significantly enhanced our state’s ability to prepare the next wave of informed and active citizens. All of Ohio's youth are required to complete 1/2 unit of coursework in American Government. Our new state standards in American Government and its aligned performance-based assessments should be a source of local pride and distinction (much like our local NBA superstar LeBron James). Previous versions of our state’s American Government standards and its aligned assessments were poorly designed, limited in scope, lacked rigor, and fostered low-level/ superficial thinking. While these previous standards were initially drafted and adopted with great hope and anticipation, they never really got the job done or panned out (much like my beloved Cleveland Brown’s experience with their late quarterback Johnny Manziel). 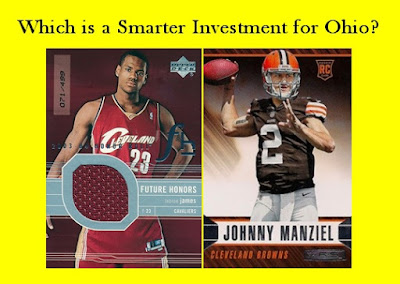 I draw this comparison between LeBron and Johnny because recent events in Columbus could possible force our state to exchange its rigorous, relevant, college and career ready civic standards and accompanying assessments (i.e. LeBron James) for a low-level, superficial national assessment that is not aligned to Ohio’s local civic standards (i.e. Johnny Manziel). Recently, co-sponsors Representative Kyle Koehler (R-79) and Representative Al Landis (R-98) introduced House Bill 544 which would replace Ohio’s American Government End of Course and Performance-Based Exam with a low level 100 multiple-choice U.S. Immigration and Naturalization Test.  The Civics Education Initiative, supported by the right leaning, Arizona based Joe Foss Institute has been peddling the adoption of the U.S. Immigration and Naturalization Test, the same test required for immigrants applying for U.S. citizenship, for high school graduation to eighteen other states, with mixed results.

Additional tests, especially, those that promote low-level/superficial knowledge, steal quality instructional time away from teachers implementing Ohio’s strong civic standards which promote real-world civic engagement and community service. Ohio’s Learning Standards in American Government are centered on helping students understand how the American people govern themselves at the national, state, and local levels of government. Outside of understanding basic principles of U.S. Government and other founding documents, these standards call Ohio’s youth into action in order to engage in societal problems and participate in local government. Furthermore, students learn how the Ohio Constitution (1851) complements and interacts with the federal structure of government. Ohio’s youth learn how to engage in and make their voices heard in state government and in their communities.

The US Citizenship Test is by far the low bar, as it fails to be aligned with Ohio’s civic learning standards. I believe our youth, its schools, and our beloved Ohio deserve better. Our students deserve high quality, rigorous, and locally developed performance-based assessments (like those that have been piloted and tested for validity which are in-place). Ohio’s civic assessments and standards expose students to local and state government, instill local civic participation, and promote successful readiness for college, career, and civic life. Let’s hold onto and take pride in our LeBron James rookie card, a local hero and smart investment, and distance ourselves from those pitching us the Johnny Manziel card.

I encourage everyone to see this for themselves by comparing the two tests below. Which one is best aligned to Ohio’s American Government Standards? Which one demands critical thinking and the analysis of primary sources and founding documents?

Wright, W. E. (2002, June 5). The effects of high stakes testing in an inner-city elementary school: The curriculum, the teachers, and the English language learners. Current Issues in Education, 5(5).